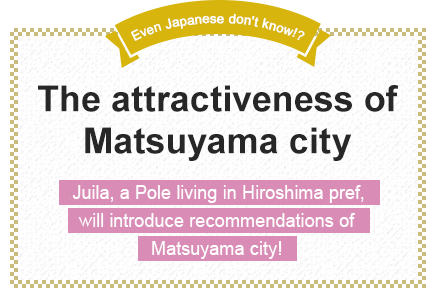 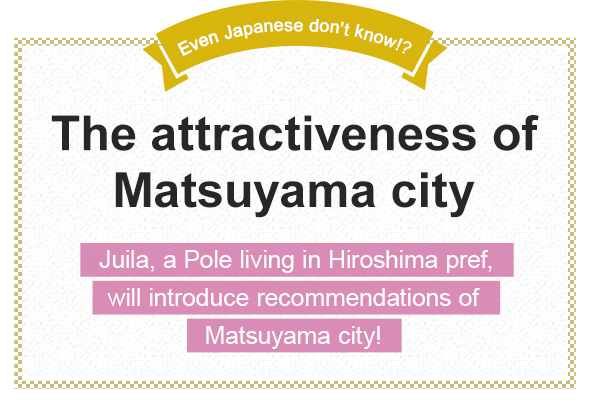 Dogo Onsen, Dogo Onsen main building, Dogo Onsen annex Asuka no onsen (Asuka no yu), and Dogo Onsen Tsubaki no yu are so called the Sotoyu, which is a one-day bathing facility without staying overnight. You can enjoy the sotoyu culture and the spa atmosphere developed by a long history. 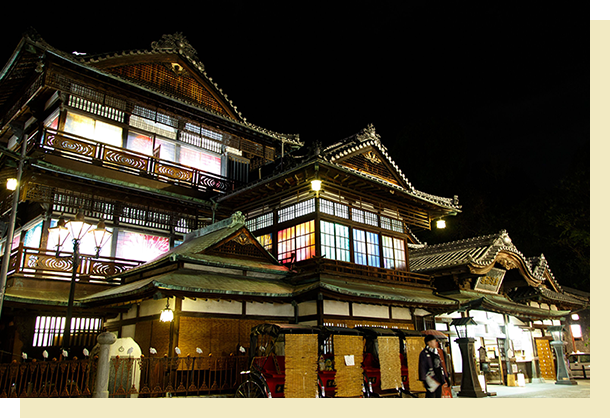 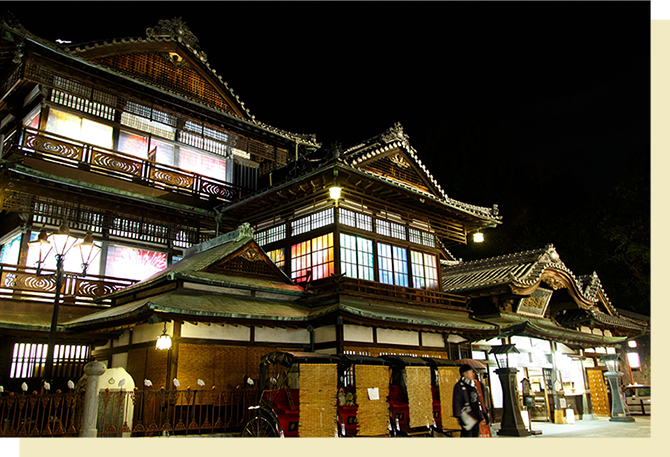 Dogo Onsen main building is a public bath located in the center of the Dogo hot spring village which was loved by famous writers such as Soseki Natsume and Shiki Masaoka.
The history of this place is old as it appears on the Nihon Shoki (Written in 720) and it is the representative of Japan's Sotoyu culture,
as it is said the "Sacred place of hot spring".
When tourist visit this place for the first time,
they will be surprised by the massive and commanding presence.
In 1894, it was rebuilt and this process was repeated it again and again until it became into a complex structure of what it is today.
It is valued highly as a building and has been registered as the national cultural heritage.

"Uwajima Tai Meshi" is a representative of local cuisine of Ehime prefecture.
Taste it at "Gansui Dogo Store", as the birthplace of tai meshi, located a few minute walk from Dogo Onsen main building. 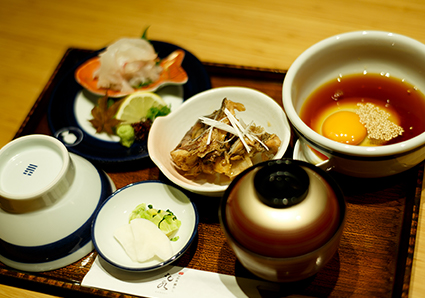 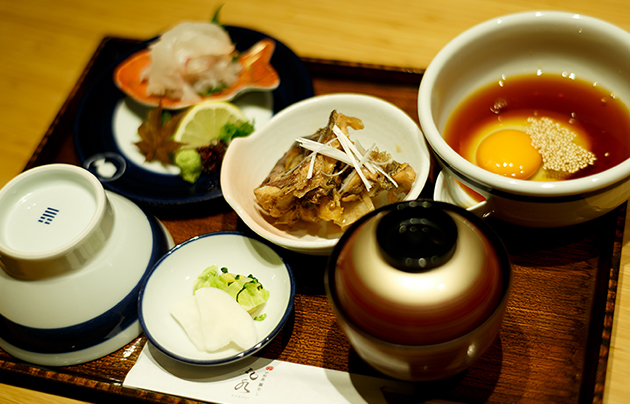 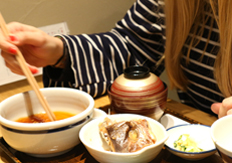 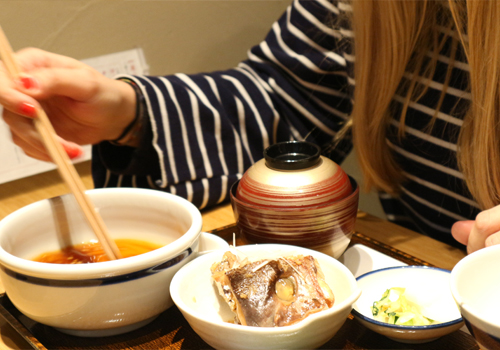 Whip the raw egg inside the sauce and let them blend. 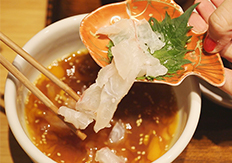 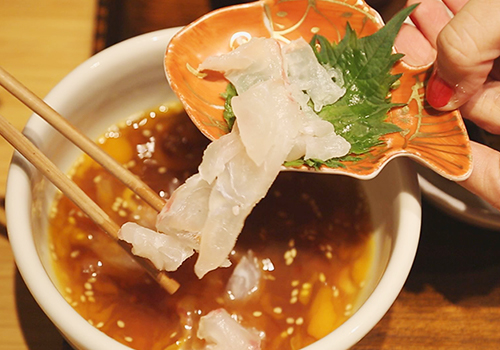 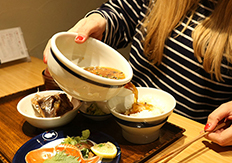 Place the red snapper, seaweed, and seasoning which was dipped in the egg on to the hot rice and pour the egg dashi again on to the ingredients. 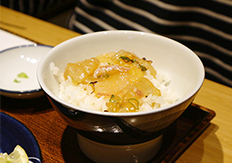 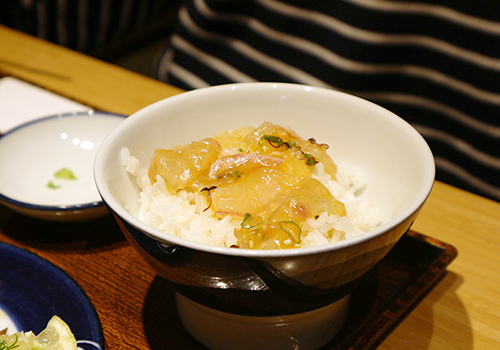 Pour the ingredients and Uwajima tai meshi is ready to eat! Gobble it up! 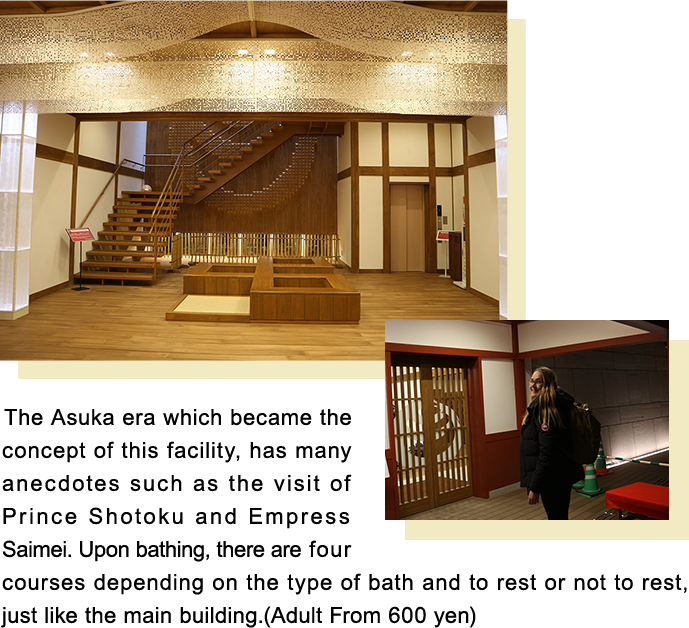 The Asuka era which became the concept of this facility, has many anecdotes such as the visit of Prince Shotoku and Empress Saimei. Upon bathing, there are four courses depending on the type of bath and to rest or not to rest, just like the main building.
(Adult From 600 yen)

On September of 2017, an annex which integrated the architectural style of Asuka era,
opened at the Dogo Onsen main building.
There are traditional crafts of Ehime everywhere
in both inside and outside of the building.

There are three bathrooms which are large public bath, open-air bath which does not exist in the main building, and the special bath which reproduced the "Yushinden", a bath private to the imperial household.
Bask in the afterglow of comfortness while drinking green tea and eating sweets at the resting room colored with craft works. 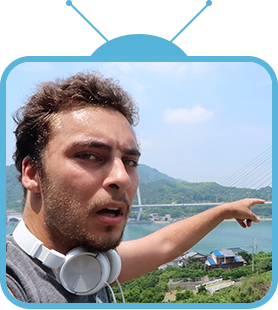 Who is GiGi a top class youtuber who sends out information about Japan?

French Youtuber GiGi delivers videos of Setouchi which includes places that he only knows and experiences and secrets that no one has ever done!!

Its origin is in the Muromachi era. The operation started out by using a ferry to transport goods and supply food from Minatoyama, which is located in the north of Matsuyama port to Mitsuhama, located south across the sea. Now, it has become a popular tourist spot where you can enjoy the atmosphere of a port town. 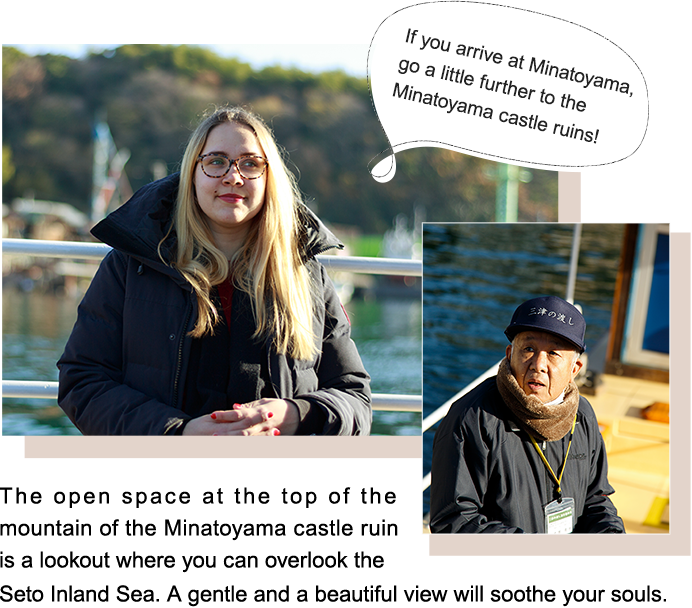 The open space at the top of the mountain of the Minatoyama castle ruin is a lookout where you can overlook the Seto Inland Sea. A gentle and a beautiful view will soothe your souls.

The Mitsuhama area, located in the western side of Matsuyama city, is a port town where the Matsuyama domain put its ship magistrate's office in the Edo era and it prospered with fishing and trading industry.
There are historical townscapes such as a town house from the Edo era and a nostalgic shopping street, but also stylish new comers such as a cafe, bakery, and restaurant join in as well.
Stroll down the area where time goes by slowly as much as you like. 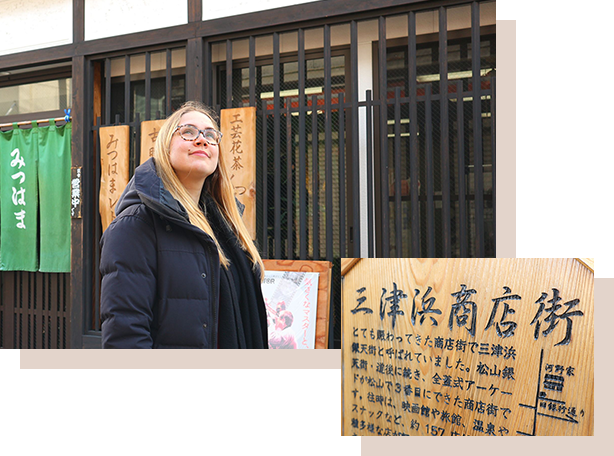 Morning markets and art events are held regularly, so the number of people visiting from in and out of the prefecture is increasing. 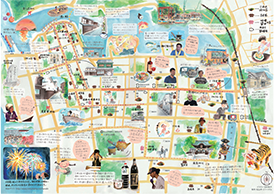 The Jakoten (a kind of fried fish paste) at the paste product store "Neriya Shosetsu" inside the Mitsuhama shopping street, is good for a snack while walking around town.
It is made of fish caught in the nearby water so it is masterpiece.
At 10 o' clock, the time of opening, array of freshly fried ones line up. 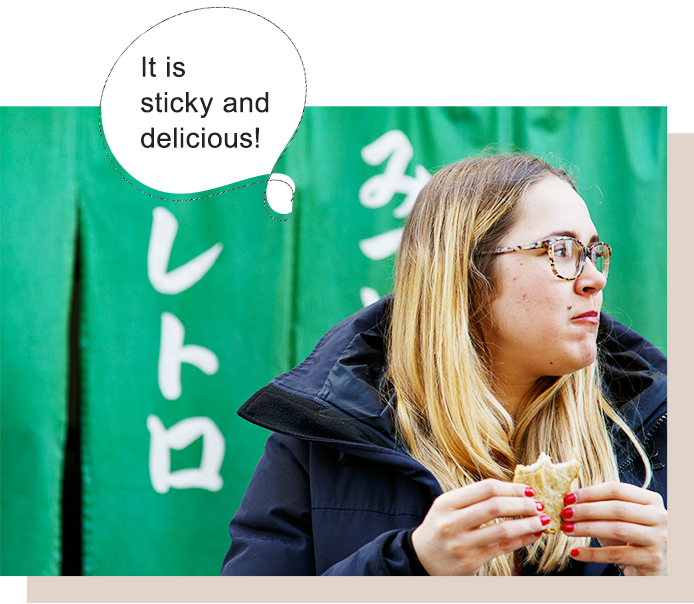