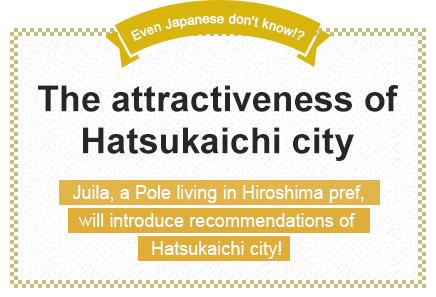 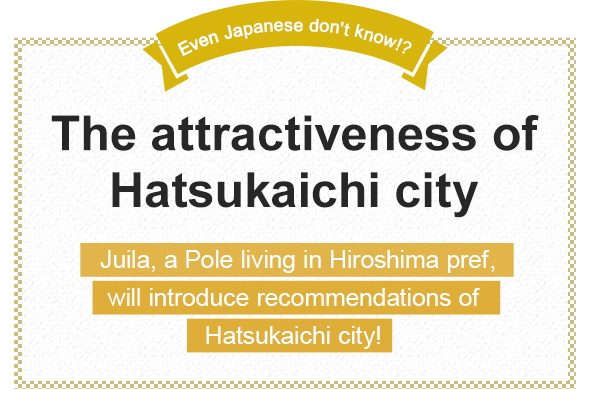 Itsukushima Shrine is the symbol of Miyajima
located in Seto Inland Sea.
The scenery of the vermilion colored shrine building,
which was rebuilt in the Heian era,
changes with the rise and fall of the tides.
At high tide,
the shrine building looks as if it is floating on the ocean.
At low tide, you can walk up to and see the gigantic "O-torii",
or the shrine gate. 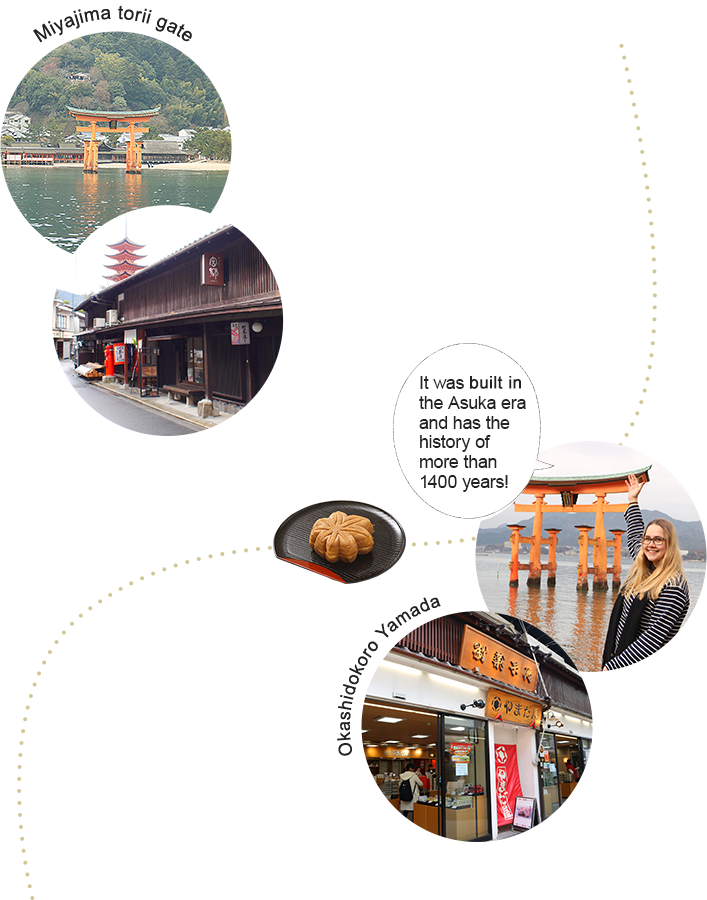 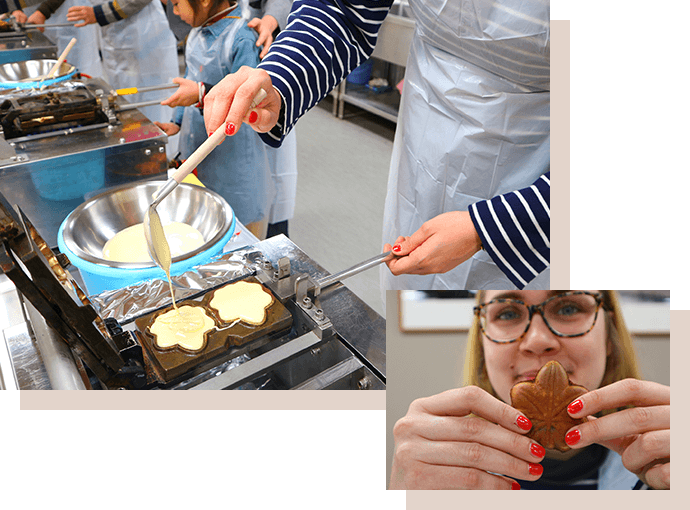 "Momiji manju" (a steamed bun shaped like maple leaf) is one of the famous souvenirs of Miyajima.
The steam bun is made of sponge cake dough shaped as momiji which is the prefectural flower and tree of Hiroshima.
There are various tastes such as red bean paste and custard.
In the hand-making experience, not only you get to know how to make it, but also you get to learn the history and particularity of it.
You should definitely participate as one of the memories in your trip. 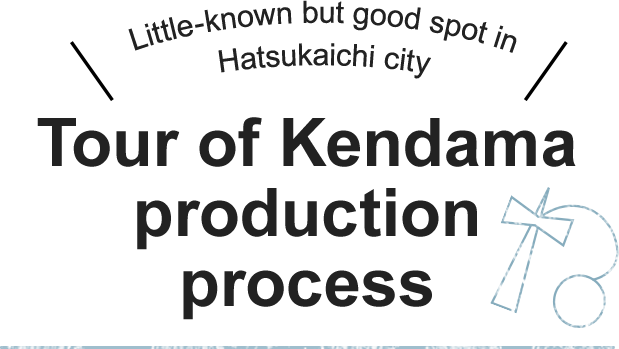 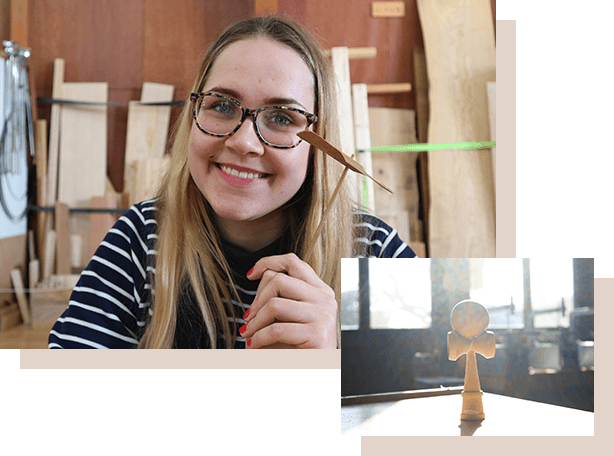 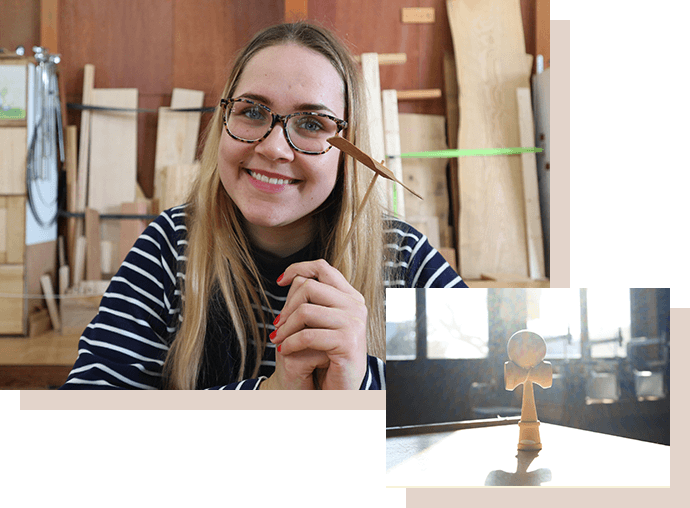 The Kendama which is widely known today was created in Hatsukaichi city in the Taisho era.
As the lumbers, which were cut down from the surrounding mountains, were gathered in, the city where has been famous for woodwork for a long time sparked Kendama boom around Japan.
This place sparked Kendama boom around Japan.
in the city's "Lumber Utilization Center", you can observe the production process of Kendama and enjoy various woodwork experience.

Skilled craftsman creates each of them by hand.
It can be purchased inside the building.

"Kendama World Cup" where the world's strongest competitors compete against each other, is held every year in July. 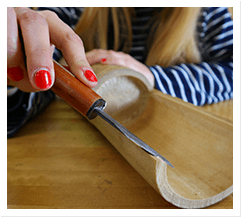